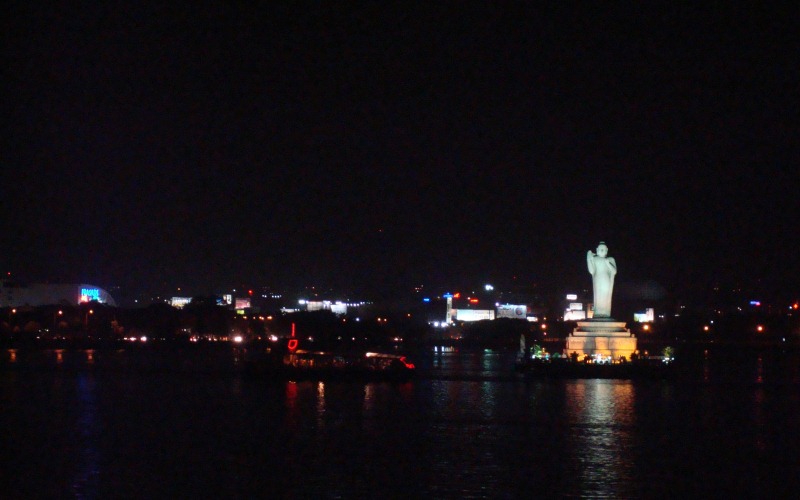 Hyderabad: In a bizarre episode, Hyderabad’s Hussain Sagar Lake, famous for its iconic Gautum Buddha statue, was featured as “Jai Shri Ram Sagar” on Google Maps for several days, before being rectified by the giant of technology.

People were surprised to see Hussain Sagar Lake as â€œJai Shri Ram Sagarâ€ and took to Twitter to express their anger at cyber vandalism.

â€œDisbelievers changed the name from ‘Hussain Sagar’ to ‘Jai Shri Ram Sagar’ in Hyderabad on #GoogleMaps !! Hussain Sagar Lake was commissioned by Ibrahim Quli Qutb Shah and was built in 1563, â€another user wrote.

A Google spokesperson said the company has invested heavily in enabling users to contribute their local knowledge to Google products and services.

â€œOverall, allowing users to suggest information provides complete and up-to-date information, but we recognize that there may be cases of bad edits suggested by users with negative intent.

â€œWhen this happens, we do our best to resolve the issue as quickly as possible,â€ the Google spokesperson told IANS.

In a similar incident, the city’s â€œSalarjung Pulâ€ was replaced by the â€œChhatrapati Shivaji Bridgeâ€ in February on Google Maps.

Even the river flowing under the bridge has been renamed online. While most people call it the Musi River, cybervandals renamed it “Muchukunda”.

â€œSomeone scored a point in Hussainsagar as a temple and called it Jai Sri Ram Sagar. Change of name to Hussain Sagar in English and Telugu. I don’t know if and when this will be reflected for everyone (sic), â€another tweet read.

Hussain Sagar is a heart-shaped lake in Hyderabad built by Ibrahim Quli Qutb Shah in 1563. A large monolithic statue of Gautama Buddha, erected in 1992, stands on the Rock of Gibraltar in the middle of the lake.