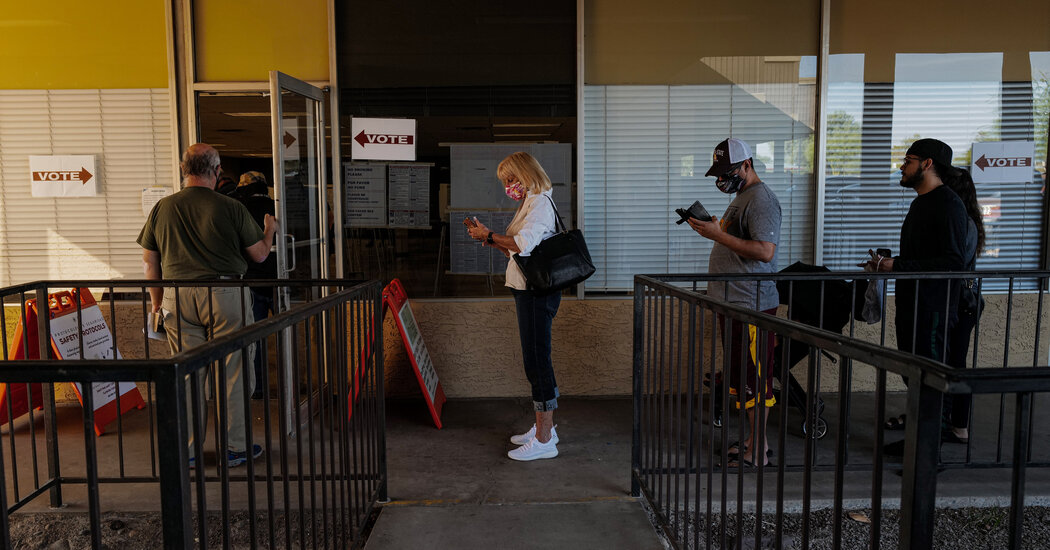 Reviews | Abortion on ballot: “Remember that you are alone in the voting booth”

I am a 41 year old white professional, upper class, single, childless, Midwestern Republican and practicing Catholic woman. I am disgusted by the reversal of Roe v. Wade.

This does not align with my conservative values ​​of small government and fiscal conservatism. Concretely, why is it the business of public authorities to ensure the outcome of really unwanted and/or dangerous pregnancies?

Personally, I have seen the toll of abortion on friends and relatives. Reasons I have seen for having one include rape, accidental pregnancies, irresponsible lack of birth control, and non-viable pregnancies. No one took the decision lightly or evaded the psychological impact of the actual event.

Women throughout their lives deal with everyone’s interest and opinion about their bodies. We also manage access to our bodies in ways that I don’t think most men can understand. Men who want to put a part of their body in ours. Doctors probing within. Lives that grow within and can cause serious injury and death in the process.

It’s a lot to manage. I propose that we leave everyone to their own management, in a truly republican way.

When my son was born, I had an overwhelming feeling of love. I couldn’t imagine loving anyone more than I loved them. Giving birth and having a child are what I cherish the most in my life. Every child deserves to be wanted and to receive this powerful love.

I am a pro-choice Democrat. I am also pro-life. And by pro-life, I don’t mean the pro-fetus, anti-abortion view of the conservative, religious right. For me, pro-life means making sure women get prenatal care, adequate family leave, and affordable child care. Pro-life means good nutrition, parenting jobs that pay a living wage, safe and affordable housing, excellent public education, and health care for all.

It’s time for Democrats and everyone who loves children to claim the “pro-life” mantle as our own and recognize that anti-abortion people only care about delivering a fetus, no matter how was conceived and whether he was born alive or dead. We must restore women’s bodily autonomy and their right to choose when and how to have a child.

Those Americans celebrating our nation’s reactionary return to the dark days of government control over women’s bodies are, without a doubt, deeply grateful to the millions of self-proclaimed progressive and/or Democratic Party-aligned voters who, in 2016, chose not to vote. at all rather than vote for Hillary Clinton.

Without the help of these anti-Clinton voters, it is highly unlikely that the radical right would have been able to realize its dream of creating a supreme court controlled by openly militant judges who, one decision at a time, are now ensuring that politics privilege and patriarchal thought reign supreme among whites.

The End of Roe vs. Wade

Commentary by Times Opinion editors and columnists on the Supreme Court’s decision to end the constitutional right to abortion.

It’s a stark reminder that polls indicating a majority of voters continue to favor a woman’s right to choose mean nothing if many of those same voters choose not to vote.

In this tragic time for women’s rights, I remember a letter to the editor, in this same newspaper, written 30 years ago. We were in the midst of an important presidential election, in which several Supreme Court seats were potentially at stake.

The author of this letter has taken the liberty of doctoring a quote from Julia Child, who was an ardent Planned Parenthood supporter. During one of her cooking shows, Julia accidentally spilled food out of the pan and onto the floor.

As she picked it up off the floor and put it back in the pot, she looked at the camera and said, “Never forget: if you’re alone in the kitchen and you drop the lamb, you can always pick it up. . Who will know?

The author of this letter reminded the women: “Remember, you are alone in the voting booth.

As we fight to reclaim our rights, I hope women of all political parties will remember this advice in November.

The Supreme Court decision regarding a Gerrymandered card

The Supreme Court’s reinstatement of the highly partisan, gerrymandered electoral map by the Louisiana Legislature simply highlights the politicization of the six conservative justices and the continuing decline of the court’s legitimacy in the eyes of the public.

The trial court found that the Republican-drawn map diluted the rights of black voters and asked the Louisiana Legislature to redraw the map for the upcoming November election. The six judges arbitrarily blocked the trial court’s order without giving any reason.

Though overshadowed by abortion, gun licensing and state-church cases, this outcome-focused order only reinforces public skepticism of the court’s partisan leanings. So much for the historic Republican denunciation of “militant judges”.

Ken Goldman
Beverly Hills, California.
The writer is a lawyer.

Talks in the Russian-Ukrainian War

According to NATO Secretary General Jens Stoltenberg, the conflict in Ukraine looks set to last for some time. In recent days, however, influential voices in Europe, those who want Russia pushed back and punished as well as those who want the war to end quickly, have expressed serious interest in the talks.

Negotiation may be more promising if the focus shifts from a final resolution of the protracted conflict to an interim plan with these initial objectives: (a) to end the fighting and (b) to consider the occupied territory as “neutral” and under protectorate, until a full resolution can be determined.

Implementing these steps will take time, but each one, in one form or another, is essential to limit human suffering, physical damage and economic loss as well as to establish and sustain a forum for negotiations, a forum in in which the “interests” of nations, rather than their “positions”, frame the discussions.

This approach does not allow either side to claim victory. They can, however, pledge to work for a peaceful Europe, which is as essential for Ukraine and Russia as it is for the stability and prosperity of the world.

Linda Stamato
Sanford M. Jaffe
Morristown, New Jersey
The authors are co-directors of the Center for Negotiation and Conflict Resolution in the Edward J. Bloustein School of Planning and Public Policy at Rutgers University.

The House committee investigating the Jan. 6 attack on the Capitol has methodically presented a compelling, factual argument about what happened that day and why.

I still expect the same from those who believe the 2020 election was “stolen”. What is their case? Where are their facts? Instead of a disciplined and organized argument, all I hear is shouting, shouting and hyperbole.

I remember President Lincoln’s observation amid similar hysteria: “Passion has helped us; but can no longer do so. It will be our enemy in the future. Reason, cold, calculating, without passion, must provide all the materials for our future support and defense.

As a nation, this must be our watchword moving forward.

Time for a new constitutional convention?

Many of us are frustrated that the institutions we rely on to guide our democracy are not working: a Supreme Court that interprets the law as it was written hundreds of years ago; a Senate and House often mired in deadlock; an executive branch that suffered a near-coup from supporters chanting false information about voter fraud.

Obviously something is not working, and we the people have to be the adults in the room to provide advice.

Perhaps it is time for a new constitutional convention to update the contract between the people and our government so that it works for all of us again.

A road collapses near the $4.5 billion Gordie Howe Bridge project