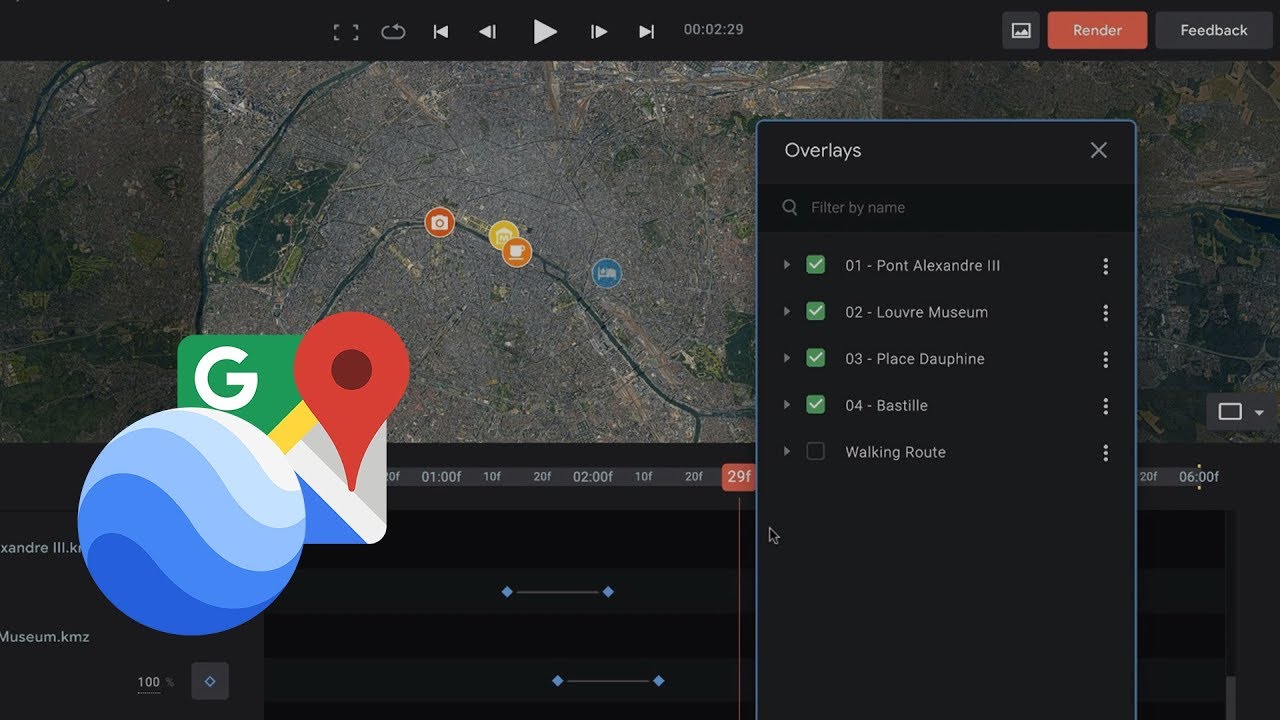 Cards are wonderful things. They not only allow us to understand how to get from here to there, but they can also provide context, especially in travel videos. They allow the viewer to see how far we’ve come, or to get a feel for the surrounding area, or one of the millions of other reasons you might want to put a map in your video.

Fortunately, thanks to modern technology, this is now easier than ever. In this video, Jason boone walks us through a way to create them using Google My Maps and Google Earth Studio to create a sequence of images that you can import into your video editor.

To use Google My Maps and Earth Studio, you will need a Google account and the Chrome web browser. Then, of course, you’ll need some sort of video editing app that can import image sequences. Fortunately, this includes Premiere Pro, DaVinci Resolve, and pretty much every other major nonlinear editor.

In the video, Jason walks us through the process from creating your custom map, exporting it, importing it into Google Earth Studio, animating it, and exporting your final footage.

It’s not a difficult process, but it’s quite complicated, which is why Jason’s video is just over 19 minutes long. Much of the first half covers creating and configuring your map the way you want it, while most of the second half involves animating it in Google Earth Studio.

This is a handy technique for knowing if you often do travel videos or vlogging, or if you just want to add a little bit of motion graphics to your most recent vacation video.

[via No Film School]