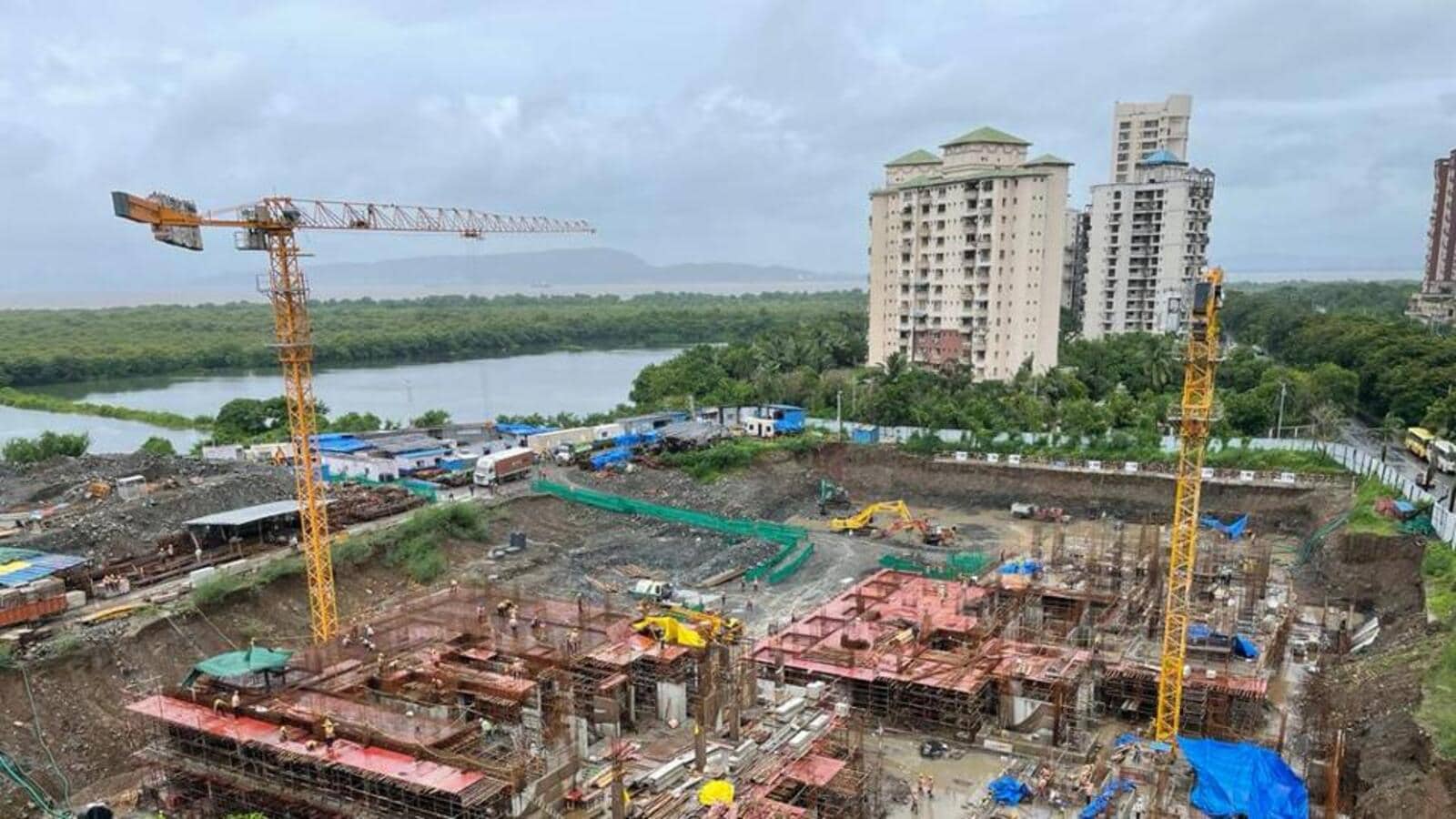 Mumbai: Vanashakti, a non-profit organization based in the city, has petitioned the Supreme Court (SC) to seek a halt to the ongoing construction of a residential and commercial complex on Lake Karawe in Pockets D &E of Nerul, Navi Mumbai.

The site is located on upscale Palm Beach Road, adjacent to the Seawoods NRI resort, and is protected by Central Coastal Regulatory Zone (CRZ) rules. Construction work on the site began in October 2021, following which residents also complained about the incessant air and noise pollution.

Available documents show that the project obtained Environmental Clearance (EC) in December 2019, with the National Environmental Impact Assessment Authority (SEIAA) accepting the builder’s statement that the project “is at the beyond the CRZ zone”. However, a review of the Thane District Coastal Zone Management Plan reveals that the plot (CTS No. 265 in revenue records) falls under the jurisdiction of CRZ, falling under category CRZ-II. This refers to areas that have already been developed to the shoreline of the coast and where building restrictions have been lifted under the provisions of the CRZ Notification, 2019.

Citing “creeping ecological damage” caused by the project, Vanashakti’s petition to the Supreme Court states that “the construction is being undertaken without any permission or approval from the Maharashtra Coastal Zone Management Authority and is therefore completely unauthorized and illegal”.

In addition, Vanashakti’s claim also challenges the validity of the start-up certificate granted to the promoter by CIDCO, dated February 2021. stating that no CRZ authorization is required… It is without scruple that a company such as CIDCO, which was awarded the land allotment in 1971 and required government approval for such allotment, should now reverse the provisions of the CRZ, 2011 and the Maharashtra Regional and Town Planning Act, 1966 , and act as the authority to grant development permissions/certificates/environmental clearances to the project proponent,” he says.

“While construction works may be permitted in CRZ-II areas, construction plans require careful review by the Maharashtra State Coastal Zone Management Authority. In this case, the MCZMA was never approached for permission and construction has now begun. Pockets D and E adjoin the NRI and Talawe wetlands, which are important habitat for flamingos,” said conservationist Sunil Agarwal, who lives next to the construction site and has been engaged in a legal battle since 2013. .

In a letter to MCZMA on March 27 this year, Agarwal wrote: “Construction is taking place in CRZ II area without prior approval from MCZMA…The approved CZMP map prepared in accordance with the rules of Coastal Zone Regulations (2011) makes it very clear that 35.55 hectares of the area allocated to (the developer) by CIDCO for an integrated golf course and country club project is primarily (33 hectares) within the intertidal zone (CRZ IB) and the balance is CRZ II (2.5 hectares). MCZMA officials did not respond to requests for comment.

Pockets D and E make up this 2.5 hectare parcel of land and are part of a larger area (comprising Pockets A, B and C) which had been set aside by the City Industrial Development Corporation (CIDCO) for development of a 34-hectare golf course on the TS Chanakya and NRI Wetland Complex, which has now been scrapped to prevent the threat of “bird-caused calamities” and related accidents at the upcoming Navi International Airport Mumbai (NMIA).

“Pocket A… and Pocket D are wetlands governed by the Wetlands Rules 2010 and 2017,” the HC observed in November 2018, in response to a PIL filed by Agarwal. In an affidavit submitted to the HC, the state Forest Department argued that Pocket D, “…is low lying and contains tidal water. Scattered mangroves are visible on the fringes. A number of Birds, including flamingos, visit the area.It is a body of water according to the map and according to field observation.

A Navi Mumbai Municipal Corporation (NMMC) official, seeking anonymity, confirmed that the project site falls under CRZ-II. “The area is surrounded by several dozen buildings that have not yet obtained their certificate of occupancy because they were built without prior approval from MCZMA. NMMC has sometimes requested ex-post clearance for such buildings from MCZMA and also requested CIDCO to comply with CRZ rules when allocating plots to developers,” the official said. The NMMC had requested the authorization a posteriori of at least 132 of these buildings, as of 2016.

Despite attempts, SB Kulkarni, project manager at Mistry Constructions, was unavailable for comment.