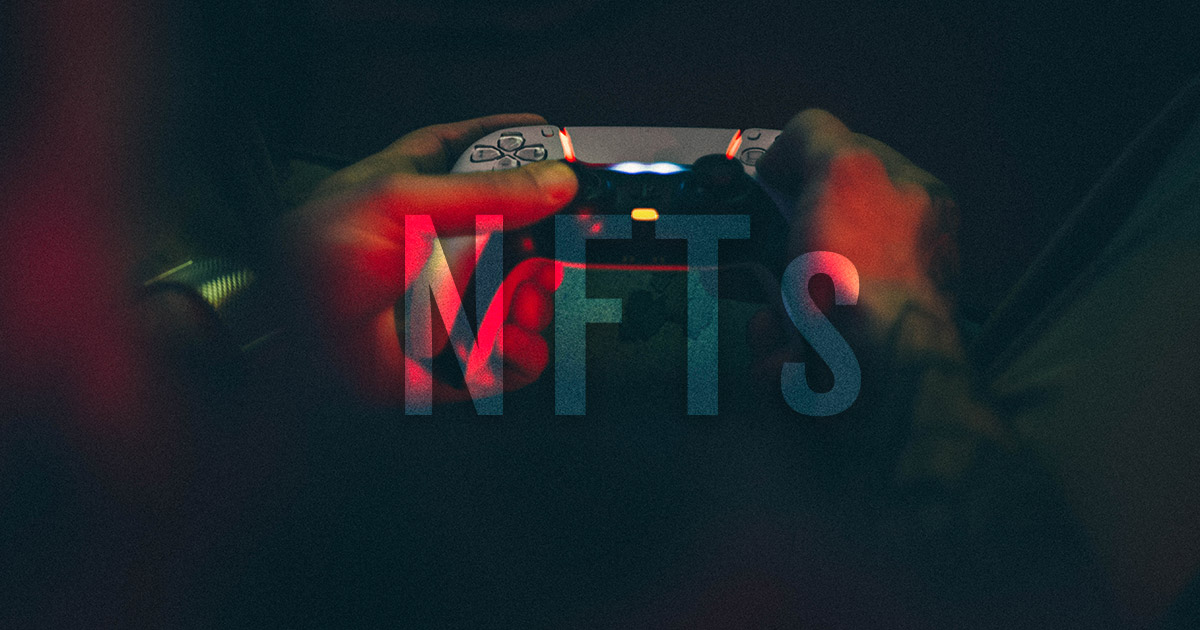 Call it GameFi, Play-to-Earn or NFT games, a new generation of games is emerging, riding the tidal wave created by the success of pioneering games like Axie Infinity. In 2021, Axie has gone from virtually zero to 2.3 million active players per day by the end of the year. In the same one-year period, Axie Infinity’s AXS token saw its market value increase from $ 0.57 per token a year ago to $ 97 at the time of writing a year later, i.e. an appreciation of 170 times in a year.

However, with Axie being the star kid of the emerging NFT gaming market, there are a number of games that game enthusiasts and investors alike should watch out for. According to Swedish YouTuber and NFT gaming expert Anders BjÃ¶rk, these are 13 NFT game projects, on various platforms like Ethereum and WAX, to follow and of course to play during the coming year.

â€œI have this vision of fully functioning game economies where people only make a living from playing these games, having fun and living in this virtual world. I think we are getting closer to a reality. where normal people can play games for a living. It’s going to change the world, in ways no one can imagine, “says Anders BjÃ¶rk.

According to BjÃ¶rk, all of the games in the list below are developed by teams with a strong track record and / or extensive experience in the gaming industry. The list is divided into three game categories: fully playable games, alpha and beta versions and upcoming games.

â€œBlankos is one of the best-built NFT games, otherwise the best NFT based game available. It’s smooth, fun, and exciting to play, especially if you upload friends to Discord and play together. You’ll find hours and hours of fun game styles to play, along with a comprehensive card builder. There are three main styles of play: PVP shooter, sprint racing, and collectible game mode. “

â€œSplinterlands is one of the first successful NFT games that started out as Monsters of Steem. This game has been around for years and with the launch of Lands and the Splinterlands token, the game has reached new heights in recent months. The game is free to play, so you can test it out and see what you think about it before purchasing any cool cards or packs.

â€œMir4 is a fully playable cross-platform MMORPG, where NFT-based characters are a reality. The game looks fresh and exciting, it seems fun to play at first, but then you read the reviews and listen to the people playing it. Unfortunately, there seem to be mostly bots playing the game, and at this stage the tokenomics are lopsided and pay-to-win. I’m adding it to the list mainly because it’s one of the more graphically exciting games. Mir4 is free to play on Steam, so it’s easy to give it a try and make up your own mind.

â€œThe Uplift World has taken a genius path when it comes to NFT games. They took an exciting gaming platform and built NFT accessibility on top of it. Why invent the wheel again? Minecraft is a successful game that has stood the test of time.

â€œFor The Uplift World, you can own NFT Land Keys that fully entitle you to land inside their Minecraft servers. They have a few different servers with different rules and settings to appeal to all types of players. By owning an NFT Land Key, you and those you whitelist are the only players able to build and dig on your land. This allows you to build your Minecraft dream in a big universe with many other players.

â€œThe sandbox is probably one of the largest, if not the largest and best-known metaverse in the cryptosphere. Landowners in the sandbox can create their own game and allow other players to come in, engage, and play on it. There are many projects that buy land in The Sandbox that we still have no idea what they will use it for. “

â€œSurely there is an exciting future for Sandbox with as many stakeholders as there are currently. Big companies, projects and celebrities like Binance, Atari, Animoca, Snoop Dog, Deadmau5, Flow, Opensea, WAX, Opera, Dappradar and many more rely on Sandbox.

â€œI haven’t played this game myself yet, but it looks very promising. The rating is therefore only based on my research on the game.

â€œPhantom Galaxies is an open-world, space-based shooter game where you control your mech character in a third-view playstyle. Personally, I’m not a huge fan of aerial shooter games, but this looks exciting and I will surely test it as soon as it goes live. Watch the trailer and find out for yourself.

â€œThe 22 Racing Series reminds me a lot of the feeling of the TrackMania nation. The speed and control are really nice, but the 22 Racing Series map layout is something entirely new and awesome. They rely on the Phantasma blockchain which allows them to do really cool stuff with their NFTs.

â€œEach car in the 22 Racing Series is a unique NFT. However, every part of the car is also an NFT, and you can take apart and customize your own car, and maybe sell that exact build to a new player.

â€œMetropolis Origins is built by a talented and experienced team of game developers. It’s just launched and already has a playable alpha version of their game available on their website. All cards are NFTs on the WAX â€‹â€‹Blockchain. It is definitely worth testing it! â€

â€œThe Million on Mars team is made up of tons of experience in the gaming industry and will probably build and deliver one of the best casual games using NFTs. Current rating is based on their limited alpha version; some features are necessary, such as adding multiple NFTs to the world at the same time. Currently, you can get NFT lands, choose a location on Mars, and build your base. You can go explore the world, brew your coffee, and gather resources of game. “

â€œBuilt by a small games studio in Barcelona, â€‹â€‹Clashdome Citizens is a gaming platform with casual web games. Over the past year, the team has added several casual Play-to-Earn games that everyone can enjoy. can play. Now they have just launched the alpha version of Clashdome Citizens, which is a Play-to-Earn game that ties everything together on their platform. You will be able to uplift your NFT citizens, creating a way to earn more of their chips in the game, to compete against other players and much more.

â€œAlien Worlds is one of the largest Play-to-Earn games currently in existence. With several hundred thousand accounts to date. However, what most people don’t know yet is that the state The game’s current mining aspect is just the first step in the Alien Worlds roadmap. It is an economic layer to distribute the TLM token and bring people into the metaverse. Soon the Alien Council World will launch, which is a DAO per planet in the game, which will have a huge ability to impact the Alien World metaverse.

â€œThe Forge Arena is the most exciting NFT game I’ve seen on the horizon. I’m a person who’s played tons of games my whole life, and this game feels like a perfect match between Counter Strike and Quake. The developers say they were inspired by CSGO and Halo.

â€œWarsaken is a new style card game that is intended to be released as both a digital and physical game. The NFT art is of high quality and the team seems passionate about their project. On their Youtube, you can see a gameplay video between one of the team members and his son. Currently, they have a sale of their NFTs for the game, so you may have enough to showcase a game when their digital version of the game launches.

Presenting a summary of the most important daily stories in the world of Crypto, DeFi, NFT and more.

Get a edge in the crypto-asset market

Access more crypto and background information in each article as a paying member of CryptoSlate Edge.

Register now for $ 19 / month Discover all the benefits

2021 brought some big twists to the familiar survival game formula